@JenKirkman They won't be alone. They have you on stage. 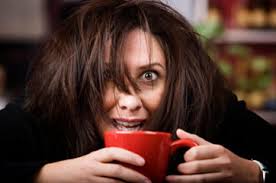 Over the weekend, I went to a live taping of Professor Blastoff – a podcast hosted by Tig Notaro, with David Huntsberger, Kyle Dunnigan and Aaron Burrell. It was fun, it was Tig’s first show since she moved here in New York, and after a series of very very unfortunate events. Their special guest was Ira Glass of This American Life. I actually have never seen him live, and it’s a shame I don’t listen to the weekly podcast considering it’s free. Side note: subscribing now.

Glass told a story about this lady who is very liberal politically who happens to have a Republican friend. She told Ira that she really like this person but she was having a hard time reconciling his beliefs with hers especially on social issues. She was considering cutting him off from her life because of their differences.
When Ira presented this to us, he said we can easily dismiss her as a nutjob, that she was somebody who is basically an extremist. But he also presented the opposite – which is he’s just a pussy. That he is okay knowing somebody he likes has a very different view than him, and he has no urge to “convert” them.
It’s all relative. It really is. If I tell a friend I have doubts about my relationship, I am usually greeted by horror. I never really thought of doubt as a bad thing. I just never believed in blind faith. It seems reckless to do that. I prefer having doubts and questioning the validity of something like my relationship. Because questioning it makes me look for answers, and there is comfort in answers.
That being said, like any relationship, it is never smooth sailing. I really wish I have more people to talk to about it, but most of the times I find myself staring at an empty space and talking to myself. The best arguments and discussions I ever had are usually with myself. A break up, as viable as an option as it is, is not something I consider because I think finding a better man is a quick fix. Being a better one is a more substantial course, despite how much harder it is.
I do worry that people think this is me settling. I think there’s a line between that, and finding a compromise. But every now and then – you list down the things you have compromised for and wonder if you should be getting more than what you have now.

Tuesday night, I checked out the movie The Right to Love: An American Family. It’s basically about a gay couple and their two kids, and what they went through during the big hoo-haa of Proposition 8. It was a good documentary of a family doing “normal” stuff. I think it was the point, families with gay parents don’t really ask for anything special – just be treated the same as everyone else. The Prop 8 issue on the movie kinda dated it, which makes the movie feel “old”. I worry it dampened its relevance, because it is still a timely issue. Unless marriage is made equal on the federal level, I think the movie would remain important.
After the movie, I joined a bunch of HRC volunteers for drinks. I should consider doing volunteer work. But I think of myself too much to do volunteer work. That;s why I just give money. As Karen Walker would say as she writes a check, “Guilt begone!”
Thursday night was great! I enjoy comedy, I love the East Village, and I enjoy dive bars – so when I heard about a comedy show in a dive bar in the East Village, I knew I had to show up.

I heard about it through Dave. I’ve been listening to his podcast with Ben Harvey. They have a radio show now at Sirius, but I don’t have Sirius so I download the iTunes feed.
I’ve never seen him do stand-up so I went. A pleasant surprise was Craig Baldo! We’ve met once before, we have a common friend who happens to be a former professor from Colorado.
I probably had too much that Thursday night – by the time I got home, I felt feverish. By the morning, I could hardly breathe because my throat felt closing up. My tonsils were inflamed, and it hurt so bad. I did something I haven’t done in a long time – called sick and took the day off. I stayed in bed and watched America’s Top Model reruns. I also Googled tonsillectomy. Videos are available in Youtube. I saw images of removed tonsils, they look like gonads. It was disgusting and fascinating.
I was up as early as six this morning. Just probably excited – Andy is coming home today 🙂 I’ll pick him up later from Jersey. In the mean time, since I still can’t eat, decided to cook soup.

***
Cutting through the darkest night are my two headlights
Try to keep it clear, but I’m losing it here
To the twilight
There’s a dead end to my left
There’s a burning bush to my right
You aren’t in sight

Andy: I need stamps.
Ken: I got stamps.
A: Really?
K: Yeah, I always keep some in my wallet.
A: Who carries stamps in their wallet??
K: Good luck getting your stamps.